A good beret is the perfect versatile all-purpose hat. Wear it in different ways for different looks, roll them up small and stick them in a bag or pocket to protect your locks from rain or wind, and buy them in a gazillion colours to match every outfit.

A beret is a soft hat, woven in one piece without a seam or bindings. Like many ‘classic’ fashion items the beret has a military background, and is still worn as part of modern military uniform around the world.

The beret is actually very, very old indeed, similar styles of headwear have been worn since pre-Roman times. However they are particularly associated with the indigenous ethnic group the Basques, who lived around the western end of the Pyrenees. They wore different colours to signify their different regions.

In the 19th century beret making became industrialised, the first factory, Beatex-Laulhere, claims its production records go back to 1810, but many others followed and by the early 20th century the beret was a mass produced hat. Very popular with the working classes due to the no-fuss style, low cost, and availability. At the time its associations were of non-pretentious, down-to-earth utilitarianism, which made it popular with Bohemians and artists who had little expendable income but were perhaps keen to portray their lack of interest in mainstream fashion. From the early 1920s the beret became popular as sportswear, and as with the sportier styles of the decade became ‘fashionable’.

In the 1920s people adapted this versatile hat, wearing berets pulled down over the ears, echoing the fashion for close fitting cloche styles. From the 1930s it became more popular to wear them perched on the side of the head, pulled down over one ear, which is how we most commonly see them worn today. The beret continued to be popular throughout the 1940s, with hand-knitted and Fair Isle patterns helping keep women’s wardrobes smart through clothing rationing. Even during the later 1950s, and 1960s where hats in general started to fall out of fashion as hairstyles became more elaborate (and were worn to be seen, rather than hidden under a hat), the beret clung on in there, popular with counter cultures who rejected fashion and heavily associated with the beatniks of
the mid-century.

Berets are so versatile, they’ve been adopted by revolutionaries, artists, fashionistas, the military, police, and the working classes. Like the Breton stripe they’ve also remained a unisex item of clothing, though for men as a fashion item they are more commonly associated with artists and revolutionaries like Che Guevara in the 1960s. This goes a good way to explaining why they have continued to be worn throughout two millennia.

Berets are easy to pick up cheaply on eBay and other online stores and can be bought in a huge array of colours. If you can’t afford to invest in a collection of hats to go with your vintage wardrobe then berets can be a great way to add a finishing touch to your style and are timeless enough to suit an outfit from any decade. 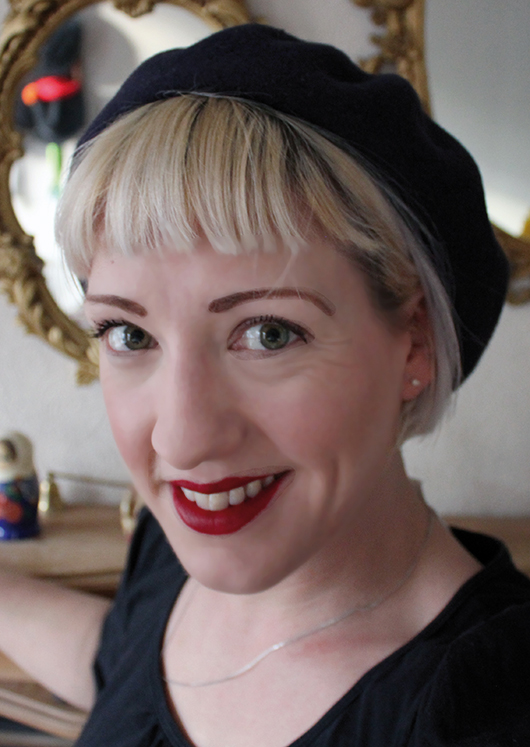 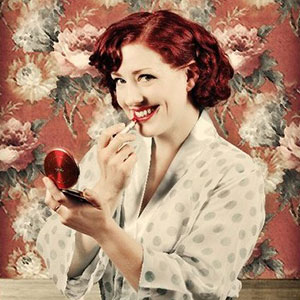 Photo by Ruby DeMuir
⇦ Previous
Back to Contents
Next ⇨