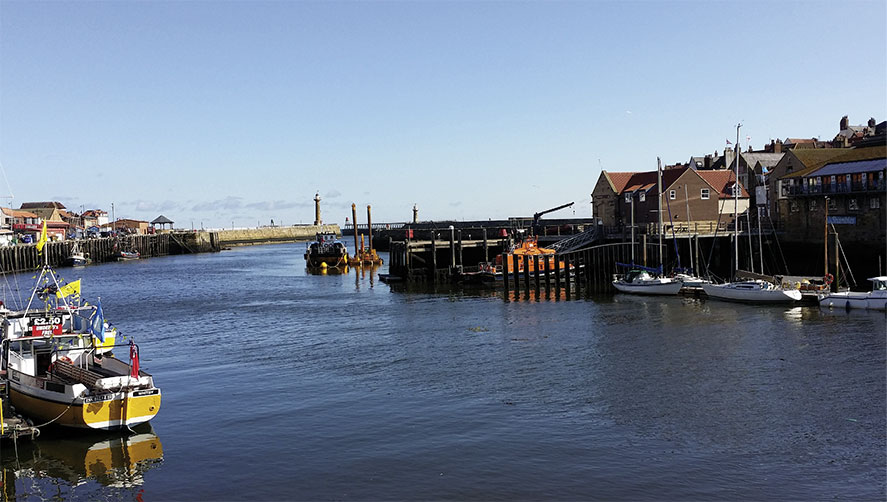 I’m such a proud northerner that if you cut me open, I would most probably bleed gravy. My surname, Norton, means ‘North settlement’ so my father’s bloodline is literally steeped in meat juice and flour.

I’ve never lived anywhere else but the north of England and have no desire to leave. Don’t get me wrong, I enjoy visiting other places but there’s ‘nowt like home’. In the days of old, as a writer I would most likely have had to journey south to establish myself. Thankfully, this thing called the world wide web became quite popular which has allowed my creative juices to flow in t’north where house prices are lower, a pint of ale isn’t tear inducing and we even have gas, electricity and inside toilets.

So, what exactly is it about the north that holds so much appeal?

Well, the accents for one. I do love a northern twang, although some more than others, I must admit. Born and bred in Manchester, I’m not too keen on the exaggerated Liam Gallagher-esque “Man-chest-toh!”, as hilariously captured by Kevin and Perry in the ‘90s comedy show, Harry Enfield & Chums.

My beloved is from a small town called Darwen in Lancashire and despite still poking fun at how she pronounces ‘car park’ and ‘Mars bar’, I absolutely adore her accent. Having spent more than a decade in Manchester with yours truly, her family and friends think she now sounds Mancunian, but not to my ears.

Given the historic rivalry between Lancashire and Yorkshire, I probably shouldn’t commit this treasonous admission to print but my favourite northern accent is from the county known as God’s own country. To me, it is warm, honest and full of humour.

Northerners are a friendly bunch. Conviviality is hard-wired into northern discourse by the use of ‘pet, ‘cock’ and ‘love’.

Not content with giving the nation Coronation Street, the north has also provided the greatest music. Born in ’82, I was fortunate to have a northern soundtrack to my formative years. Bands such as The Stone Roses, The Smiths, Oasis and The Charlatans poured out songs as smoothly as a pint of Boddingtons or Thwaites.

Of course, the most significant musical phenomenon of the 20th century hailed from down the M62 in Liverpool. But that’s enough of the now late Pete Burns and his ever evolving face. The Beatles are without doubt the best band of all time. They didn’t just compose and perform their own songs; they left an indelible mark on popular culture like nothing before or since.

There’s just something about growing up in the north that gives birth to the best guitarists and swaggering frontmen.

To forgo guitar music for a moment, Britain’s longest established symphony orchestra is also from my home city of Manchester, the 158-year-old Hallé Orchestra.

Even democracy and ‘scientific socialism’ was born and fought for in the north.

It was at a Salford drinking tavern that Karl Marx talked revolution and communism over a pint with his political collaborator, Friedrich Engels.

Then in the early 19th century, before universal suffrage, it was Manchester that campaigned for parliamentary reform. The Peterloo Massacre in 1819 resulted in 18 peaceful protestors losing their lives and more than 700 others injured.

Emmeline Pankhurst, the leader of the Suffragettes was born in Manchester too. I only recently discovered that Emmeline and my mother both share the same maiden name of ‘Goulden’. I really must delve into my family history…

In 1868, the Manchester Suffrage Society held the first women’s suffrage meeting at the then new Free Trade Hall in Manchester (also known as the being the venue for a legendary performance by The Sex Pistols). To further illustrate the forward-thinking nature of the north, it was another year before the London Society organised its first public meeting. 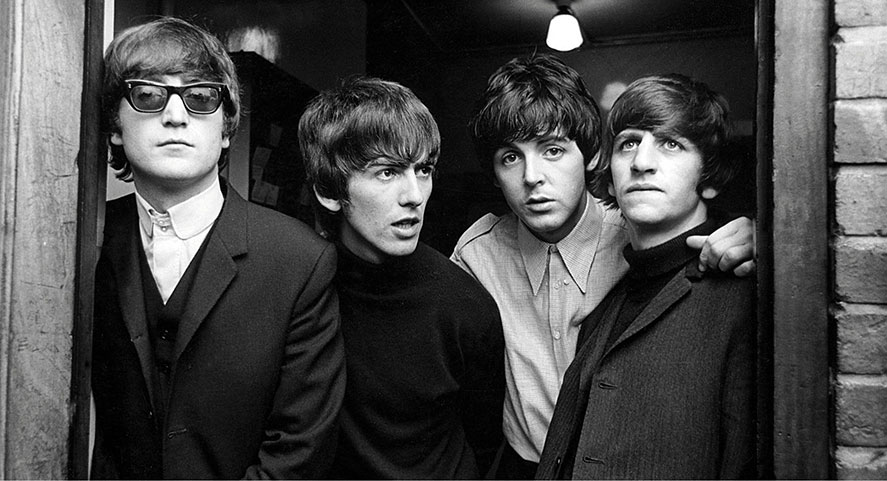 As well as the obvious political landscape of the north, the actual landscape isn’t half pretty. Contrary to popular belief, the north isn’t all satanic mills and terraced houses (although they are beautiful in their own right).Whether it’s the historical cities and towns of York, Chester and Harrogate or the picture postcard beauty of the Lake District; the north has it all.

One of my favourite places is Whitby, a small fishing town on the north east coast. This is the place that inspired Bram Stoker to write Dracula. Of course, Whitby was also the home to Captain James Cook, the 18th century explorer that discovered Australia.

Travelling back home to Manchester and continuing the gothic theme, is the John Rylands Library, a stunning building right in the centre of the city. It’s completely free to enter so if you’re ever in the area, do pop in. Plus, they have an absolutely magnificent gift shop. I believe that attractions should be judged by the quality of their gift shops and this is where John Rylands earns five stars.

The retrospective scene is another jewel in the north’s crown. 1940s weekends are regular occurrences, the most well-known being in Haworth and Pickering.

Vintage shops are in abundance in cities such as Liverpool, Leeds and Manchester, with Stockport being a particular favourite for me. Vintage by the Sea at Morecambe’s art deco Midland Hotel and the Festival of Vintage at York Racecourse are two wonderful events in the retrospective calendar.

G.M. Norton is on a quest to lead a gentlemanly existence. Residing in the North West of England, he aspires to better himself in the ways of old while showing the world that old-fashioned doesn’t mean outdated.
www.nortonofmorton.com 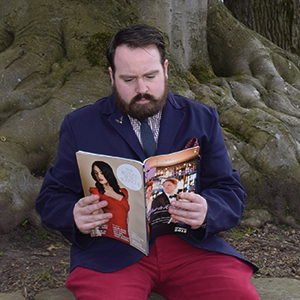 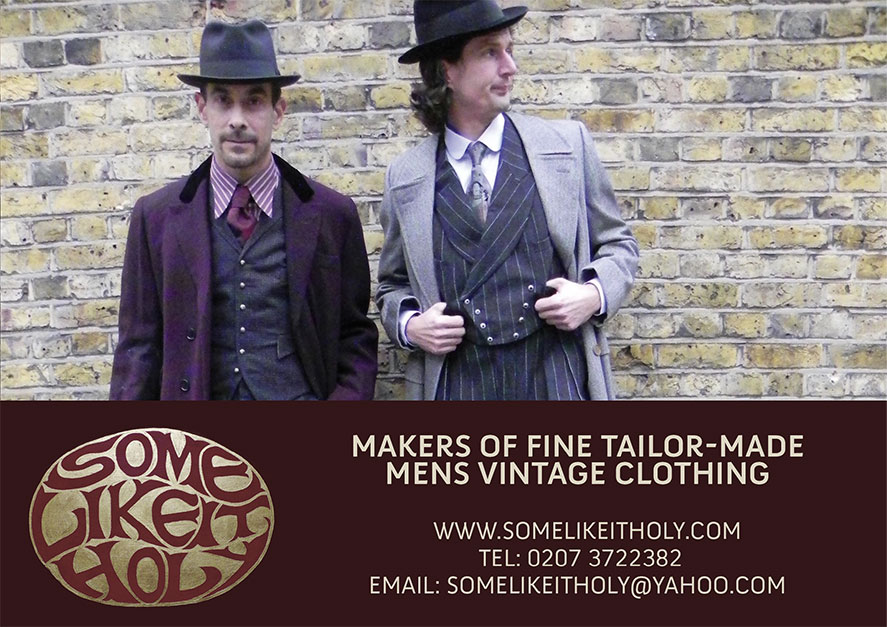 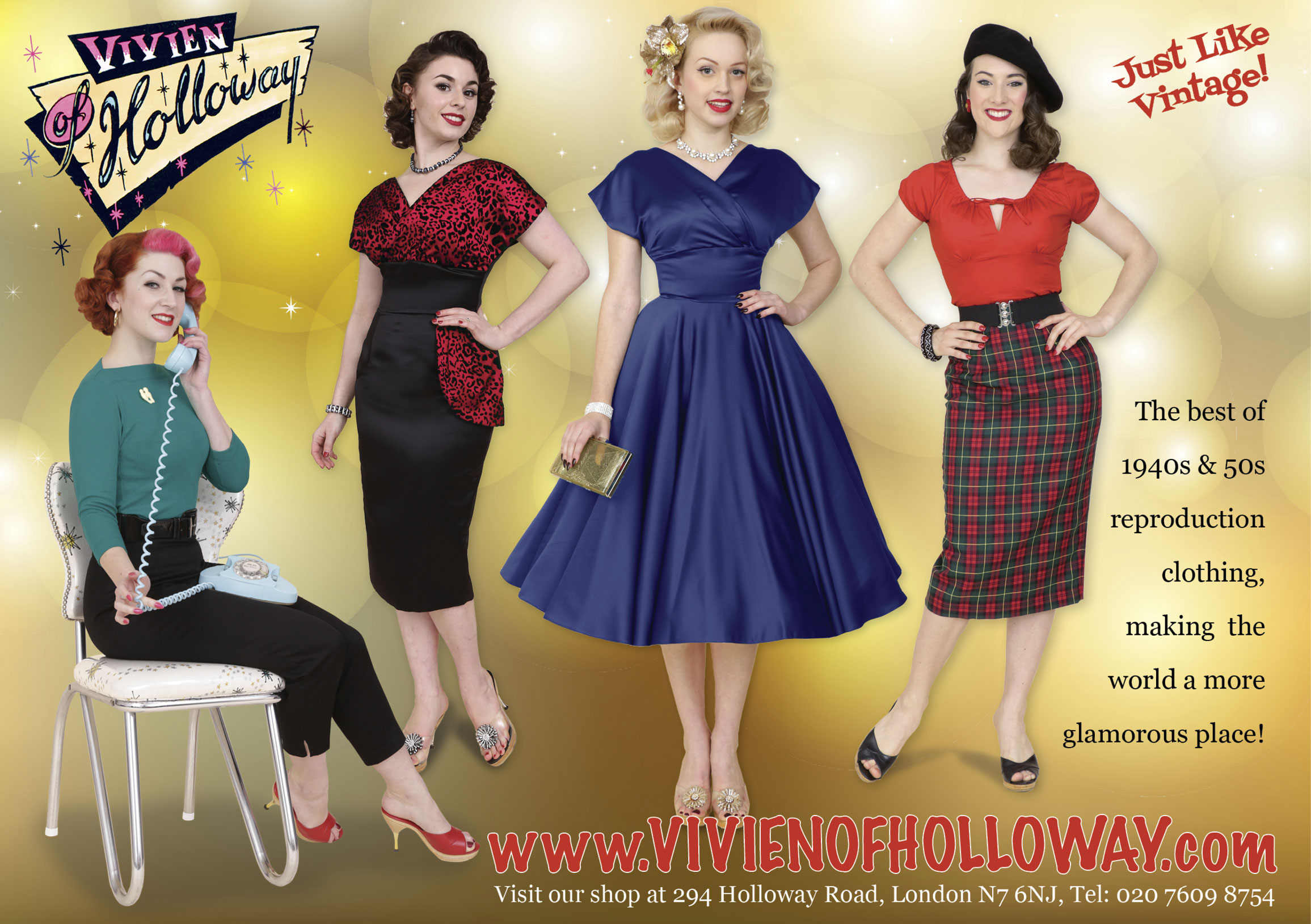