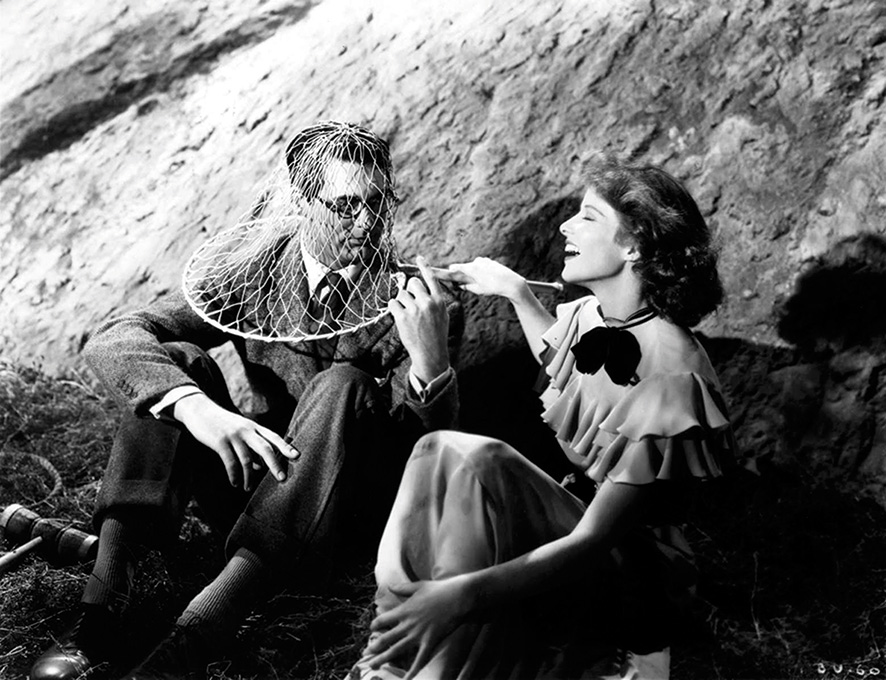 Katharine Hepburn and Cary Grant in Bringing up Baby (1938)

It is a great misfortune that I have not met every single one of you, the brilliant retro enthusiasts that read and write for Mr Keller’s magnificent magazine. If I ever do have the pleasure of making your acquaintance, after about 20 minutes of polite conversation you will have noticed something a bit strange and be forced to ask me,

“So, where are you actually from?”

I currently live in London, but my first decade was spent in Canada and my second in the Middle East at a British international school. My father is Scottish and my mother is Canadian and I have spent more hours than I care to count, flying back and forth over the Atlantic ocean to keep up with both of them. The result of all this is that I have a peculiar sort of mongrel transatlantic accent and it has sparked in me a fondness for the now extinct, faux mid-atlantic accent of the early 20th century that was spoken by so many actors, politicians and newscasters.

The accent was not native to any state or country and had to be adopted by Americans trying to sound distinguished, and Britons attempting to appeal to audiences across the pond. It required soft, elongated vowels in words like ‘grass’ and ‘France’; sharp, clipped pronunciation of ‘t’s in the middle of words such as ‘water’; and a lack of rhoticity so that ‘r’s at the end of words like ‘fear’ are silent. It also altered one’s dialect by avoiding words and phrases that were too British or too American for an international audience to understand.

The actor best known for his mid-atlantic accent was Cary Grant, who was born in Bristol but later became an American citizen.

His archetypical female counterpart was Katharine Hepburn who came from a New England high-society family. Elite families like the Hepburns spoke in a mid-atlantic accent, similar to how Britons spoke in Received Pronunciation (RP) English, to reflect their social status. Actors not lucky enough to be genuinely international or taught the accent at private school would employ vocal coaches like Edith Skinner to teach them how to have a mid-atlantic (or American Theatre Standard) accent. Her book, The Skinner Method, teaches the intricacies of the accent in exhaustive phonetic detail.

It wasn’t all about snobbishness and pretending, silly as it all seems, the accent was actually very practical for the technology of the day. Most radios had minimal bass notes and the clarity of a mid-atlantic accent meant that the news broadcasters and performers could be easily understood, where a pure American accent might have sounded mumbly. The accent also had great popularity in US politics for this practical reason when addressing the nation on the radio and for the authority a quasi-British accent automatically commands. Roosevelt, Jackie Kennedy and Gore Vidal all used it.

The accent faded from popularity after WWII and had more or less died by the late 60s. Actors like Humphrey Bogart, John Wayne and Marilyn Monroe spoke confidently as all-American stars and that seemed to be exactly what American audiences wanted after winning the war. There are still slight hints of it from the Crane brothers in Frasier and Mr. Burns in The Simpsons but nowadays the accent only really pops up in period dramas and old-timey comedy sketches. If you’re craving some transatlantic entertainment dig up a copy of Bringing up Baby or His Girl Friday and enjoy.

Christine Simpson is a physics graduate living in London. She’s happiest when flitting between baking in her kitchen and stitching 1940s dresses at her sewing machine. www.christinensimpson.com 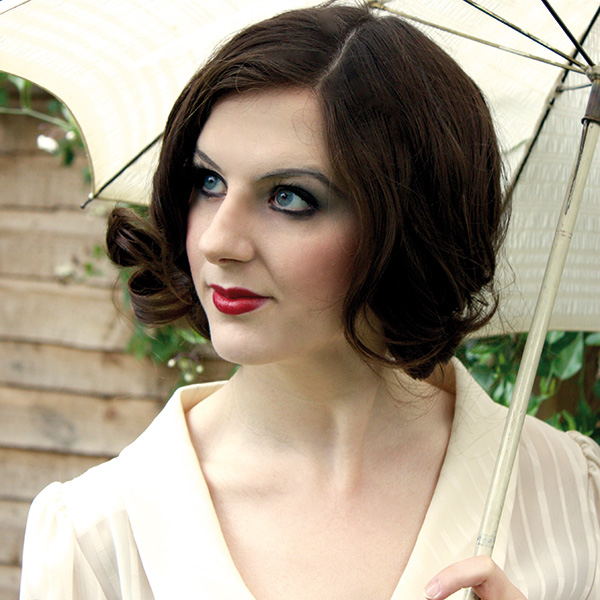