Robin Stevens’ series of 1930s murder mysteries featuring schoolgirl detectives Wells and Wong draw inevitable comparisons with Enid Blyton and Agatha Christie, but the ‘Murder Most Unladylike’ books have a couple of beguiling heroines in Daisy and Hazel that create a uniquely entertaining series.

Why did you choose to set your Wells and Wong detective stories in the 1930s?

The 1930s are a time period that I love. There’s such an interesting mix of danger and fun in the way people thought and behaved, and the clothes are utterly glamorous. And, of course, the 1930s was boom time for Golden Age crime novels. When we think about the 1930s now we think about Poirot and Miss Marple – so it’s very easy to imagine a murder mystery series then!

How do you ensure the authenticity of your 1930s setting?

I do a lot of research. I mostly read novels and non-fiction written during the years I’m writing about – they show me how people were really thinking and talking, what they were worried about and what they ate. I even find lovely details about how things smelled and so on that aren’t in more recent history books!

There are two answers to this! First, Daisy and Hazel began life as little girl versions of my two favourite detectives, Sherlock Holmes and Hercule Poirot. Like Holmes, Daisy is brilliant, cold-hearted and very English, and like Poirot, Hazel is a kind, logical and comfort-obsessed immigrant. But they’re also based on real people, my group of friends from boarding school. There’s not a single real person who is Hazel or Daisy, but the girls I knew at school all inspired their characters.

Who are your literary heroes and heroines?

Oh, Agatha Christie, of course! I also love Dorothy Sayers, Josephine Tey and Arthur Conan Doyle. I’m also very influenced by the books that made me a reader as a child – Diana Wynne Jones, Eva Ibbotson and Terry Pratchett. 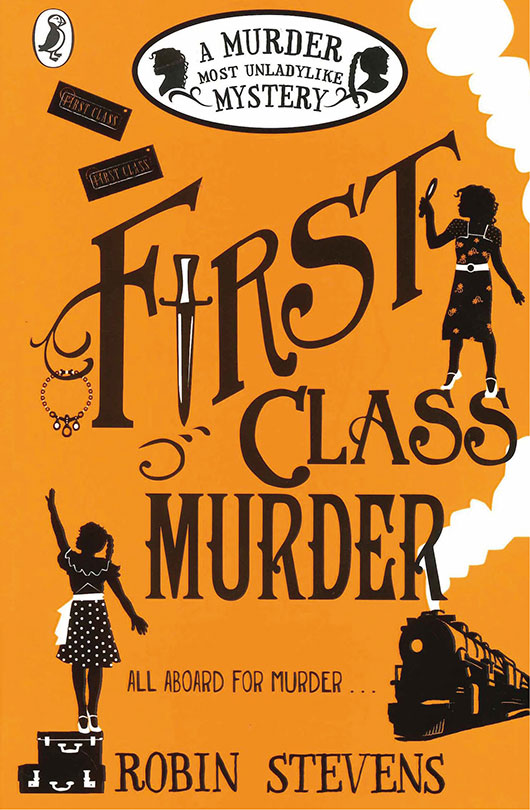 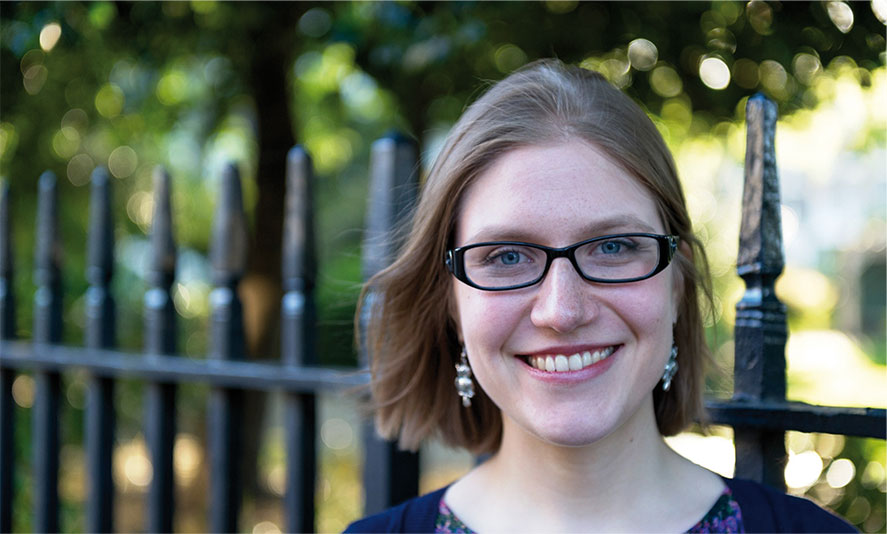 Which literary character do you most identify with?

Growing up, I was definitely a Hermione. Obsessed with knowledge, extremely efficient and very determined. I aspire to finish my life as Miss Marple, though – she is the character to end all characters!

Which of your own characters do you most identify with?

Definitely Hazel! She’s the girl I was when I was 13 – shy, bookish and secretly convinced of her own lack of worth.

What books did you read as a child?

Absolutely everything! The first book I remember reading on my own is The Hobbit, closely followed by the Lion, The Witch and the Wardrobe. My parents had a big library, and they encouraged me to read. I was also lucky in that I was ten when Harry Potter and the Philosopher’s Stone was published, so I was able to grow up with Harry, Ron and Hermione.

What do you think of children’s literature today?

I think it’s absolutely fantastic, both in the range of books available and their quality. When I was a kid there was nothing much for young crime obsessives apart from Blyton and Nancy Drew – today there’s a crime wave of incredible stories. I’m delighted to be part of it, and very jealous of today’s children!

Did you attend a boarding school yourself? What were your school days like?

I did! I went to Cheltenham Ladies’ College when I was 13. I enjoyed it and struggled with it in equal measure, much as Hazel does in Murder Most Unladylike. In fact, I put a lot of my own school experiences into my books – everything but the murders!

You are very exact in your descriptions of locations on your stories, even including maps. Are any of the locations based on real places?

Yes! I always start with a place that I know vividly, and work a story into it. I’ve used my school, my friend’s country house, the Orient Express (I know it from the 1970s film version, which I’ve seen about 20 times!) and the college I lived in as a child. It’s important for me to be able to visualise the place I’m writing about.

How do you set about writing a Wells and Wong mystery? Do you have certain routines for writing?

I always plan very carefully before I start a new book – starting with the setting, then on to the characters and the crime itself. I draw out a huge spreadsheet of characters’ movements on the night of the murder, and once that’s done I’m ready to write the book. I usually write in the mornings, and when I’m doing a first draft I’ll set myself a target of 2-2.5K per writing day. Most of the real work comes in the redraft for me – a first draft will take 2-3 months, and the redrafts will take another 5. I can write almost two books a year – which is lucky, because my fans read fast!

How do you feel about comparisons to Agatha Christie and Enid Blyton?

I’m delighted by them! They were and are huge influences on me, and I know my books are responses to them. There are some things about their writing and their world views that I take issue with and question, and I think that comes through in my books – but I’m always happy to be seen as part of their tradition.

So far your heroines have gone from Third Formers to Fourth Formers over the course of five books. Will the series take them all the way to Sixth Form or even beyond?

I’m aging the girls up very slowly! I want them to grow and change from book to book, but I also want them to stay young enough for new eight year old readers to be able to identify with them. It’s possible, though, that I might one day write a separate YA series, or create a spin-off featuring Daisy or Hazel’s younger sibling … we’ll see!

What is next for Wells and Wong?

Many more adventures! The next book about them will publish in February 2018, and will be set in Hong Kong, Hazel’s home! You’ll get to meet her whole family, and see Hazel in a new light – it’s a story I’m very proud of.

What is next for Robin Stevens? What other projects do you have planned?

I recently wrote The Guggenheim Mystery, the sequel to Siobhan Dowd’s The London Eye Mystery. I was honoured to be asked by the Siobhan Dowd estate, and it was an incredible project to work on. Although it’s still a mystery, it took me far outside my comfort zone, since its set in 2007, not 1936, and is an art heist, not a murder! I had a wonderful time with it, and am very proud of it – I’d love to write more in the series in future. But of course, my main focus for a while will be Murder Most Unladylike. I have many more books to write, and I’m very glad that I’m still as fond of Daisy and Hazel as ever! 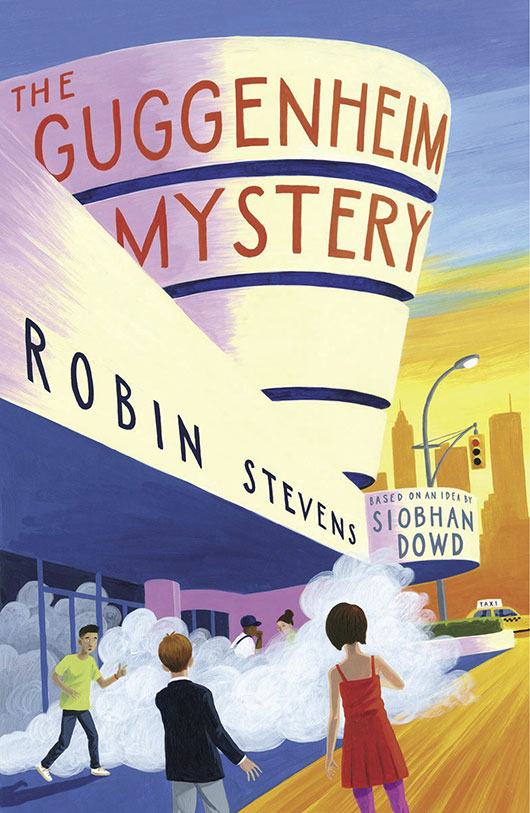 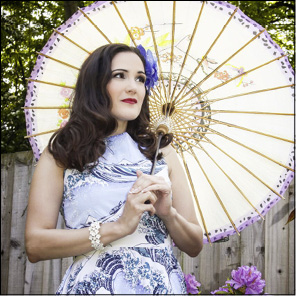 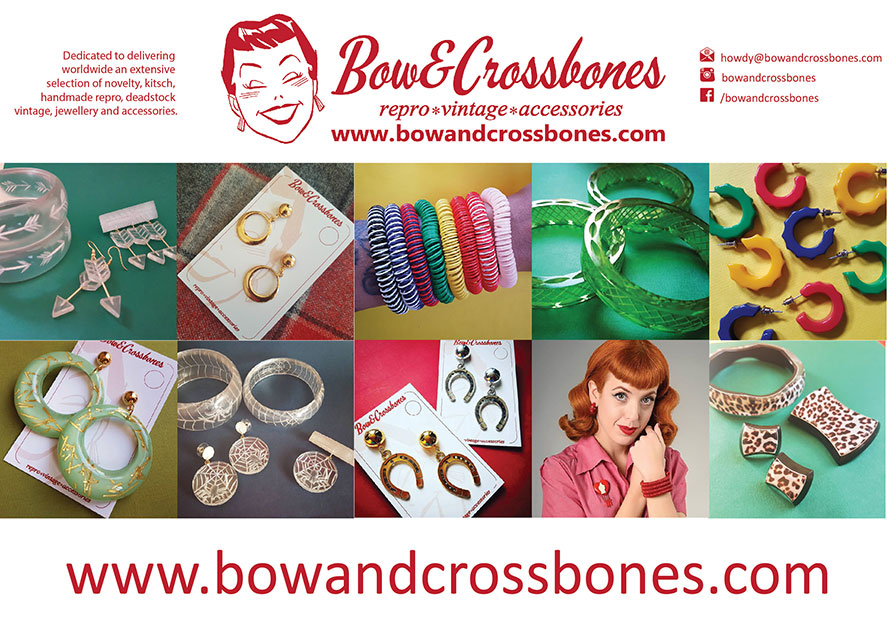 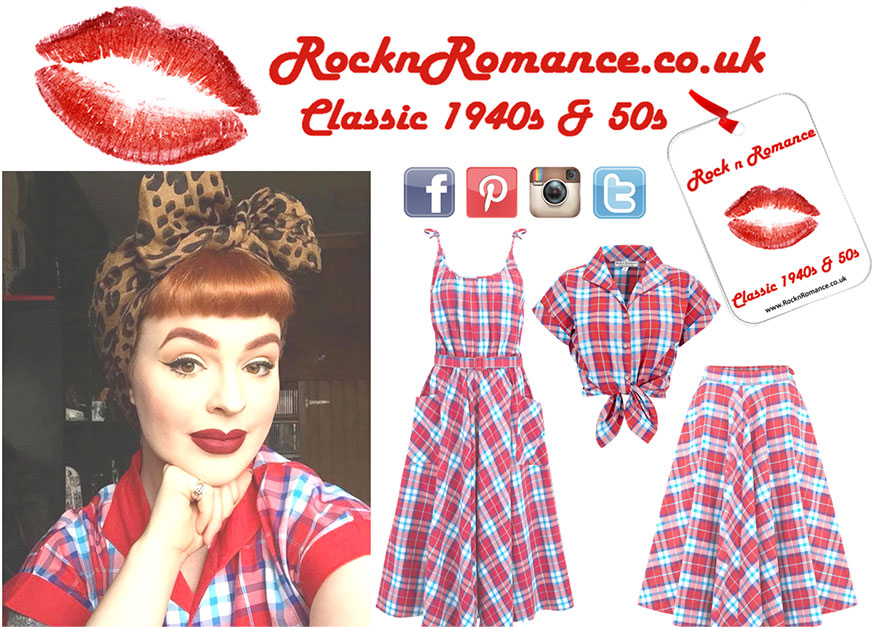