There are few professions around today which have their roots as far back as physiotherapy. I’ve worked as a physiotherapist in busy London, often following in the footsteps of Nonnatus midwives as I visited patients in their own homes and worked in the community to bring a little life back to this part of the body or the other. So here’s my quick guide to a very retrospective profession:

It is believed that physiotherapy was used as far back as 460BC, when early physicians used manual techniques and Hippocrates advocated massage and hydrotherapy. Physiotherapy has been developing since then. The earliest documented origins of physiotherapy as a professional group date back to 1813 when Per Henrik Ling, “Father of Swedish Gymnastics” founded the Royal Central Institute of Gymnastics for manipulation and exercise. Physiotherapists, or masseurs as they were known at the time, were initially a branch of the nursing profession. By 1887 physiotherapists had been given official registration by Sweden’s National Board of Health and Welfare. This led the way for other countries.

In Britain, modern physiotherapy was to become established in response to global events which called for rapid advances in therapy for physical problems. The Society of Trained Masseuses had been formed in 1894 by four nurses. Their aim had been to protect the good name of their profession, following a series of newspaper articles warning the public of people offering massage as a euphemism for other services! 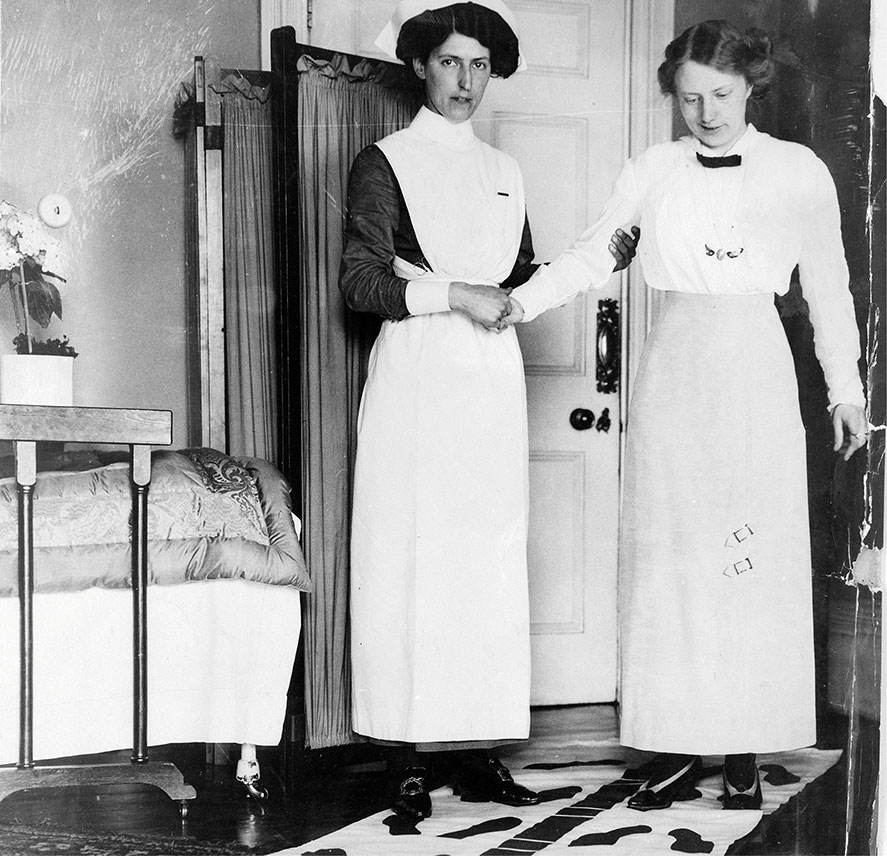 A nurse steadying a woman by holding her right arm, while the woman attempts to walk along a mat marked with footprints.

To meet military requirements, over and above the civilian needs, the numbers of available physiotherapists in Britain were required to increase significantly. It was felt that women with previous training in physical education were the most suitable candidates, and that delays in their training might result in such women becoming absorbed in other less vitally important work. Doctors started hiring women trained in physical education to promote and restore physical function to injured soldiers.

The Almeric Paget Massage Corps was formed in August 1914 by Mr and Mrs Almeric Paget. They funded trained masseuses to work at British military hospitals. The work was tough, with each masseuse starting at 9am and seeing 30 to 40 patients per day to provide treatments that included massage, hydrotherapy, electrotherapy and subjecting limbs to ironization or radiant heat. There was also an emerging role for physiotherapists in paediatrics, treating children with physical disabilities during the polio outbreak. The Second World War and the polio epidemics of the time resulted in further opportunities for physiotherapists to make a significant contribution to physical health globally.

In 1944, The Society adopted its present name ‘The Chartered Society of Physiotherapy’. In these early days physiotherapists were trained on the job and it was a profession with a rather low public profile. In the 1940s physiotherapists worked under the direction and instruction of doctors in public hospitals, in contrast to the autonomy of modern physiotherapists. Professional recommendations at the time in Canada and Britain were that each physiotherapy clinic should include a medical gymnasium with apparatus for specialised treatments. The value of water-based therapy had been demonstrated in successful treatment of joint and nerve injuries, however in many areas there was a lack of suitable facilities for hydrotherapy. Some field general hospitals attempted to improvise using baths made of planking lined with stainless steel. This enabled injured solders to start moving joints a little earlier, which stimulated healing and ultimately facilitated early restoration of function.

Treatment through the 1940s primarily consisted of exercise, massage, and traction. The early 1950s saw the introduction of manipulation of the spine as well as extremity joints. It became increasingly commonplace to see physiotherapists in hospitals throughout North America and Europe. In the late 1950s, physiotherapists started to move beyond hospital-based practice to outpatient clinics, schools, health centres and rehabilitation centres. It is a profession that has changed over the years, from its beginnings as a branch of nursing, into an independent professional field. And yet, the picture below of a traditional rehabilitation group class is still a familiar sight almost 70 years later. Whilst physiotherapy techniques may have changed somewhat over the years, human movement remains something of a constant.

Fiona Lynch is a lindy-hopping physiotherapy graduate and aspiring writer. She was brought up in the North East of England and currently lives in sunny Valencia. She’s a board game enthusiast and loves to play the ukulele with a cup of tea within reach! 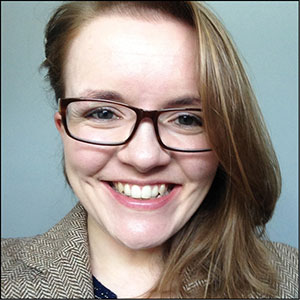 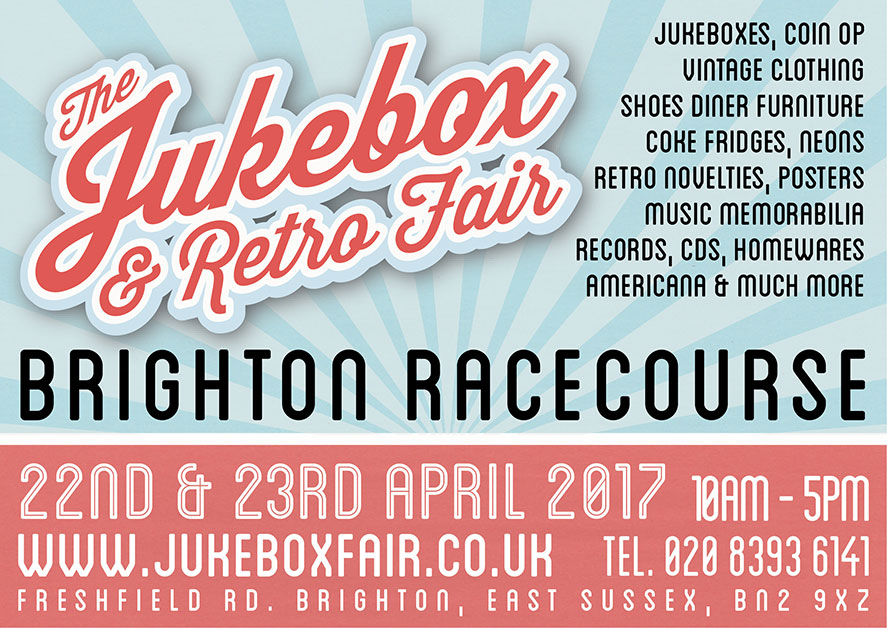 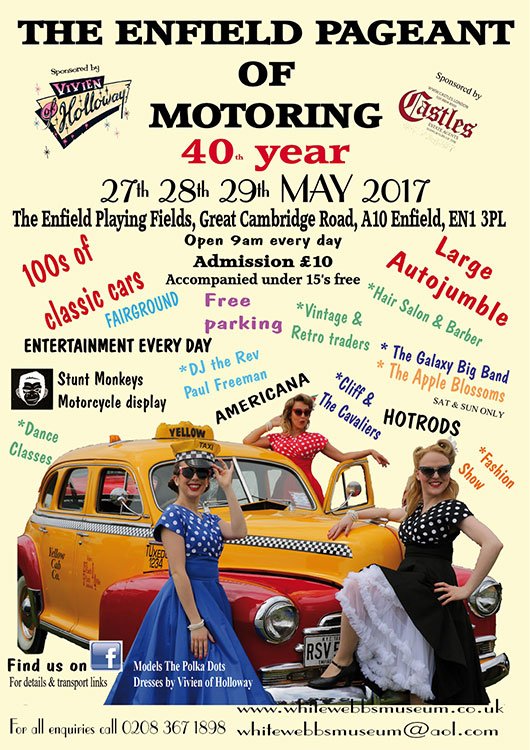 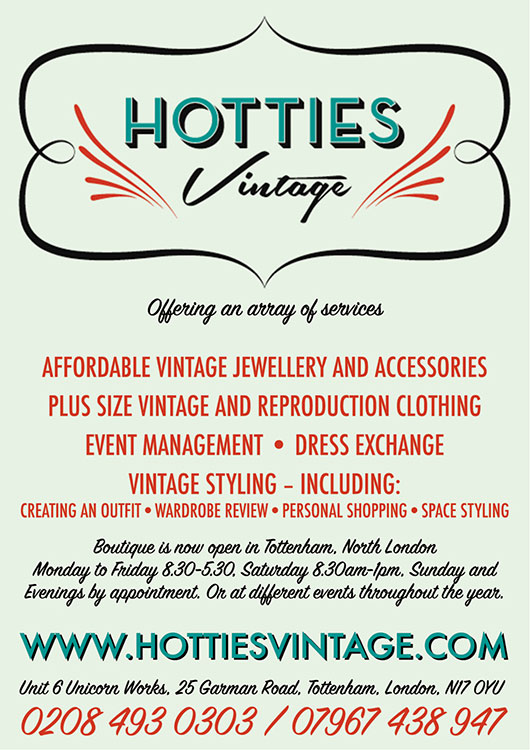